A new historic achievement by the university of Baghdad 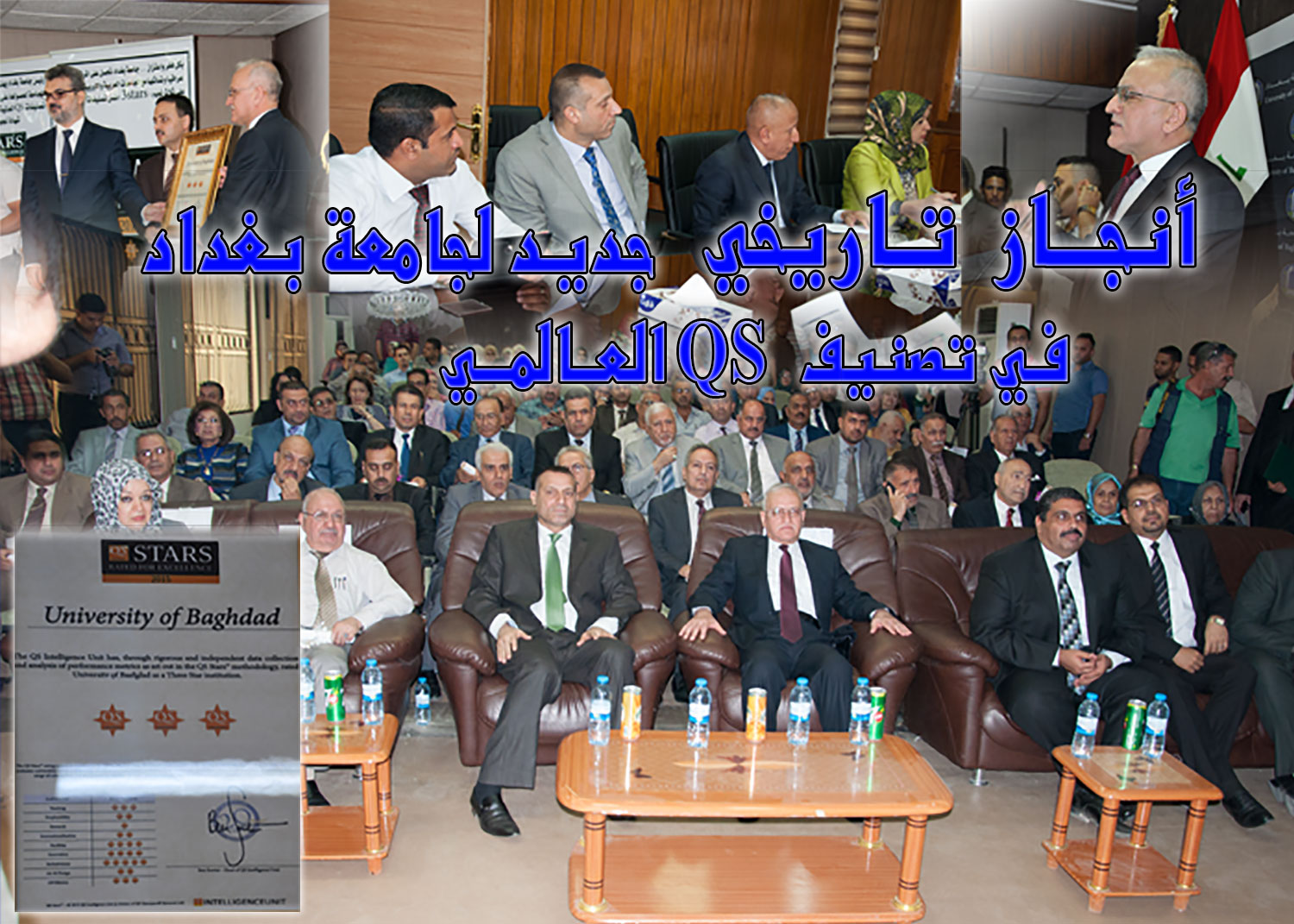 The university of Baghdad reaffirms its lead in world classifications by gaining three stars in QS rankings of quality. This came through a ceremony held in the presence of the president of the university of Baghdad, Dr. Alaa Abdul Hussein Abdul Rasul, his assistants, deans of faculties and directors of departments at the university formations. The university announced this event in an official declaration where the teacher “Samer Mubarak” and “Dr. Marwan Abdul Hamid” gave a brief and a detailed explanation on this ranking for gaing three stars out of five for quality and this certificate is the highest one in the field of quality of higher education achieved by the university during its career spanning over more than 50 years. The university president, Dr. Alaa Abdul Hussein Abdul Rasool praised this achievement that came as a result of the work of a specialist group for more than 18 months of hard work and cooperation with international experts and appraisers in (QS), note that this rank came after analysis and evaluation of (50) indicators classified into eight main areas. This rank is the top level in Iraq, where the universities of Babylon and Kufa won two stars in quality, so that university of Baghdad was similar with many British and European universities and university of Jordan in this regard. Also the university won five stars in (inclusiveness) which is the highest rank, and four stars in (facilities and innovation). Non-traditional facilities are provided for university students that represent, in other words, the learning environment which includes sports, residential aspects for students, library, medical and technical services. The strategic plans under implementation strive for attaining universalism and the work is ongoing to achieve this aim in the right direction.

The university gets a great global achievement 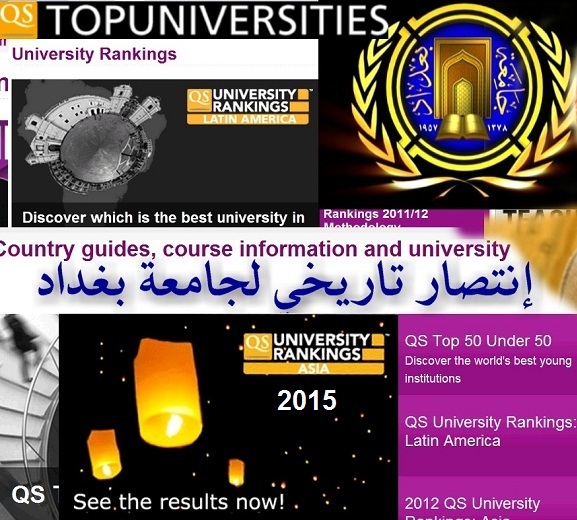 After the considerable achievements of our mother university by entering the world Guinness encyclopedia, gaining the first rank in “Webometrics”, being among the top (18) Arab universities and recently gaining three stars in “QS” ranking as the first and the best Iraqi university by getting the (156) in “QS” for the academic year (2015-2016), the presidency of the university of Baghdad exerts strenuous efforts and very careful and continuous monitoring to be in line with other international universities worldwide. This achievement is part of a series of achievements made by the university in this respect on the basis of work plans and improvements for the university. This is considered as an important achievement for the reputation of higher education in Iraq in general and Baghdad university in particular. It is worth mentioning that Baghdad university is the only university in Iraq that entered this ranking since 2011 thus has made a qualitative leap in progress compared with previous years, being in the (198) rank among (3539) universities worldwide, so that it made a growth percentage (13%) over the last year and (59%) when compared with 2011 which is the best height achieved in the Arabic region and the world. Ten British universities and (22) American universities besides other European an Australian universities got similar rankings (+ 107). Baghdad university excelled a number of Egyptian universities such (Ain Shams, Alexandria and Al-Azhar universities) that retained the same status (+ 107). The university has obtained this status because of its superiority in the ratio of its professors to students ans its academic reputation, seeking to maintain other criteria, such as the number of papers published in international sober journals and improving the reputation of its graduates, the teaching process and learning outcomes, relying on their opinions in the preparation of curricula and academic programs. The president of Baghdad university, Dr. Alaa Abdul Hussein blessed this achievement and praised these valuable efforts also the university received several congratulations and blessings on this occasion. 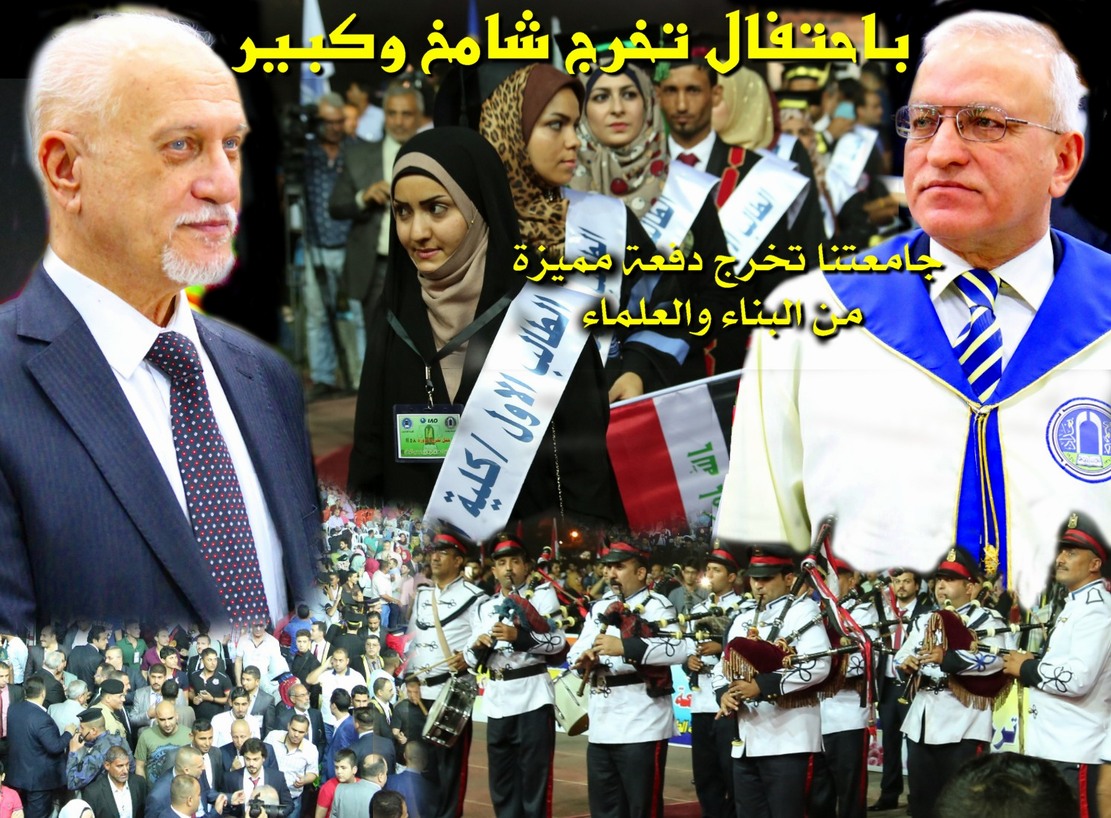