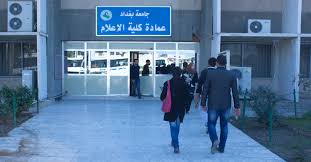 The college of media has launched a large-scale campaign to donate books to the library of the college of media at Al-Iraqia University which was recently hit by a major fire that devoured all its assets. The college denoted about 2,000 books, specialized journals, theses and scientific researches.

It is noteworthy that the campaign lasted for more than a month with a wide participation of a number of professors as well as graduate and postgraduate students and this is not the first one, since the college has already carried out a voluntary campaign in support of the University of Mosul which was damaged by ISIS gangs that had burned its central library which contained hundreds of thousands of books, dissertations and manuscripts.