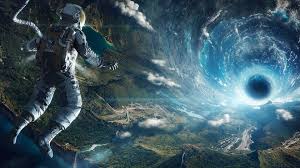 The Department of Astronomy and Space, in collaboration with the Continuing Education Unit & Ibn Sina Unit for E-Learning, has organized a virtual seminar entitled “The Future of Space Colonization” with the participation of a number of students and those interested in this topic from inside and outside the college.

The participants aimed to identify the growing competition among the peoples of the planet to explore the depths of space and exploit its resources, based on the belief that many need to look at the reservoirs beyond the planet, so as to ensure the survival and continuity of the human race and to answer the question of human settlement of outer space. The seminar was presided over by Dr. Huda Shaker Ali, Dr. Shurook Mahdi and Dr. Dhuha Mahmoud who highlighted the possibility of colonization of the outer space and its risks to human life, with a reference to its scientific and economic returns. Also they addressed the role of orbital space stations, and the possibility of living on Mars as an example of the settlement of nearby planets, reviewing the idea of inventing a space elevator to be a link with space stations around the Earth and their need for sources of energy, water and genetically modified plants that are able to withstand harsh conditions.