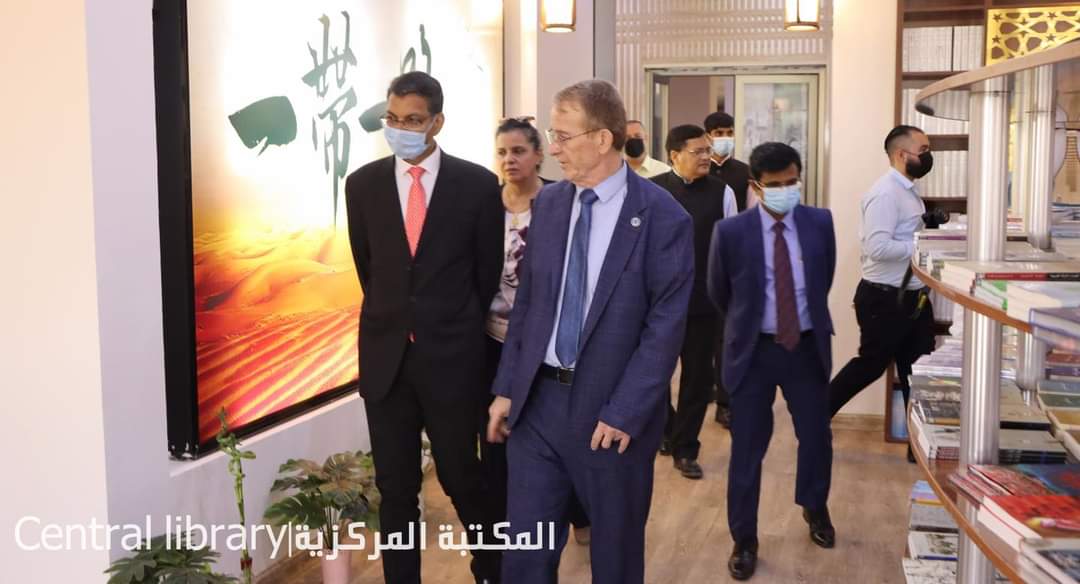 The General Secretariat of the Central Library at the University of Baghdad, in cooperation with the Department of Indian Culture, held an art exhibition to reflect the life of Mahatma Gandhi, on the occasion of the 152nd anniversary of his birth. The exhibition was opened by His Excellency the Indian Ambassador to Iraq Mr. Prashant Bessi and the assistant rector for the scientific affairs Prof. Dr. Abdul kareem Mohammed Al-Sammarraie. The Indian ambassador expressed his happiness for this invitation and praised the efforts made in holding such cultural events to preserve Gandhi’s legacy and memorabilia such as a small statue of Gandhi, a book in Arabic about Gandhi and a collection of his works located in the Indian corner at the central library. It is noteworthy that this exhibition is an expression of the interdependence between the university and Gandhi’s thought, since he is one of the first supporters of the resistance peacefully against injustice as well as his thought known for supporting the outcasts in his country, where he was one of the people who made an effort to protect their homeland peacefully in resistance to the British occupation.