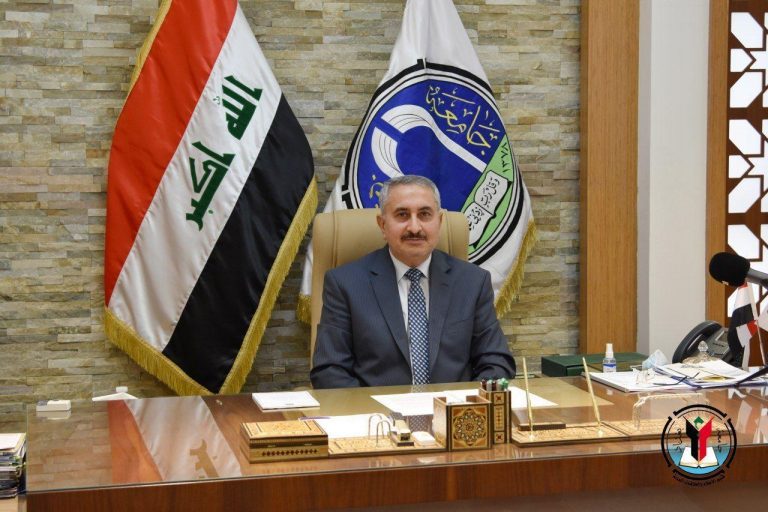 Prof. Dr. Munir Hamid al-Saadi, rector of the University of Baghdad has congratulated the university’s professors, staff and students in various university formations on the anniversary of the birth of the Master of Creatures the prophet Muhammad Ibn Abdullah (PBUH). During his speech, the rector stated that the prophetic message carried the meanings of peace and humanity everywhere and it conveyed a heavenly vision that one of its most important axes is the request for knowledge, when the archangel Jibril addressed our prophet Muhammad (PBUH), in the first revelation, with the “Read in the Name of Thy Lord who Created”, from then Qur’an, Hadith, science and knowledge were interpreted and conveyed to all people by the prophet’s family & companions (PBUT).

He also added that the glorious birth of our prophet became an enlightening way of knowledge in harmony with his saying: “Seek Knowledge from the Cradle to the Grave”, so everyone should follow the example of the prophet of humanity and the Messenger of Allah in seeking knowledge and diligence in commitment to his holy saying: “Who takes a path upon which he seeks knowledge, then Allah makes a path to paradise easy for him”, asking Allah Almighty to protect our nation and those who seek the way of knowledge in the country. Every year you are fine.

Rector of the University of Baghdad