Rector of the University of Baghdad receives the Romanian ambassador 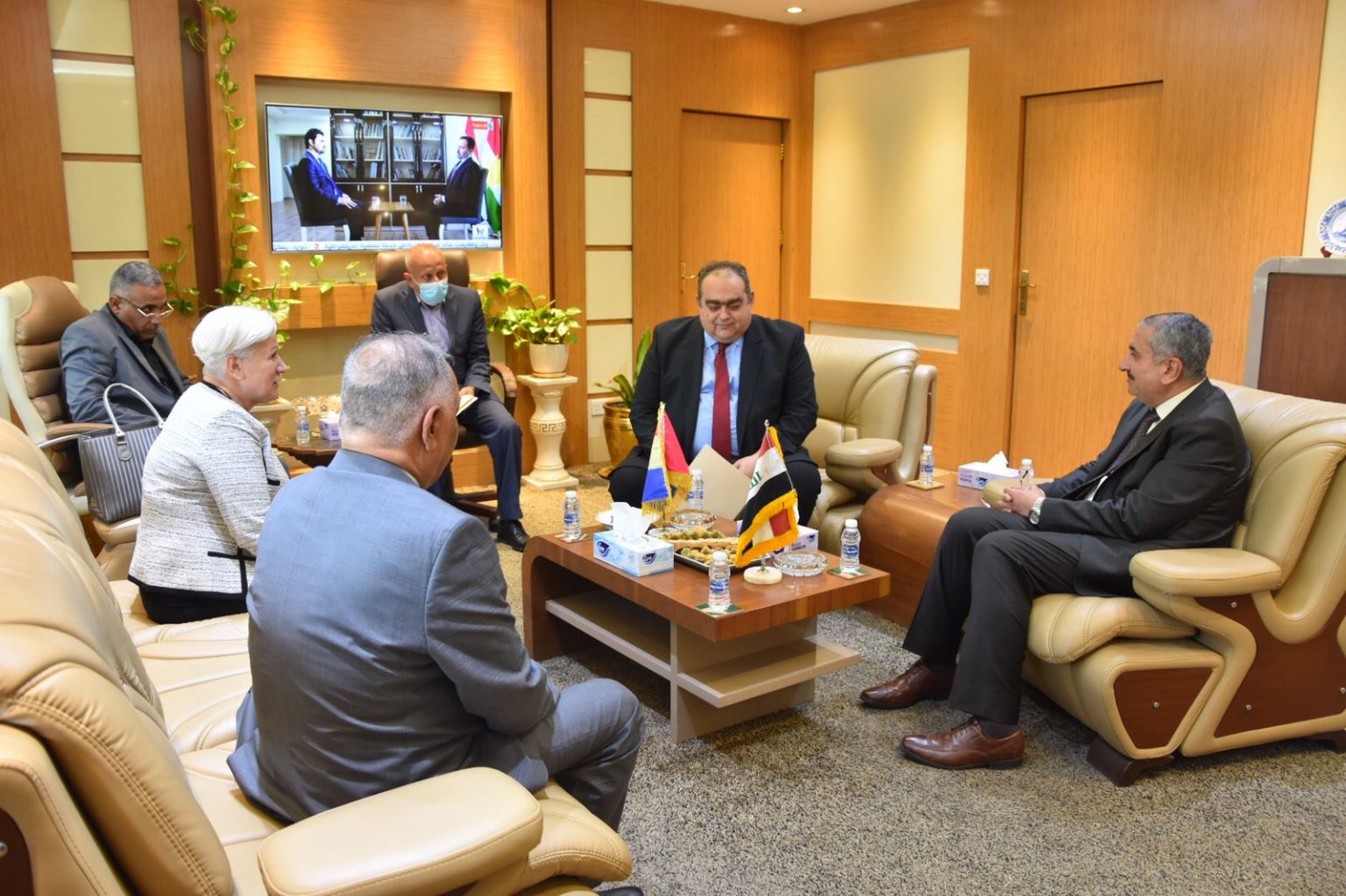 Prof. Dr. Munir Hamid al-Saadi, the rector of the University of Baghdad has received the Romanian Ambassador to Iraq Mr. Rado Octavian Dupree and his delegation from members of the Iraqi-Romanian Friendship Association. The rector has stated that the university has a long history since its founding in 1957, having (24) colleges and more than (14) research and service centers for postgraduate studies, with (70,000) students, (12,000) professors and employees, thus forming an extensive partnership with American, British, European, Iranian and other sober Arab universities.

Dr.  Munir al-Saadi expressed his readiness to open new cultural and scientific horizons with the Romanian side, hoping that there will be good opportunities for cultural exchange in terms of training, fellowships and scholarships, as well as joint academic agreements to serve the scientific process of the two countries. The Romanian ambassador stated that there are public and civil universities ready for undertaking a mutual scientific interaction and academic cooperation with Iraq, especially in Bucharest, which will in turn enhance the global university’s ranking, noting the possibility of receiving professors and researchers through memorandums of understanding, as the Romanian side will pay travel and accommodation costs.

Then the two sides exchanged talks about the history of Iraq and the beauty of its cities and cultural heritage, stressing that there is a close relationship between the Romanian and Iraqi people, especially after the ambassador has met the President of the Republic Dr. Barham Saleh in order to hold a number of agreements related to higher education and scientific research, praising the hospitality of reception of the Iraqi people. At the conclusion of this meeting, Dr. Munir al-Saadi dedicated the university’s shield to his guest in appreciation of his keenness to support the scientific process of the two countries, in the hope of renewing the meeting in the near future.