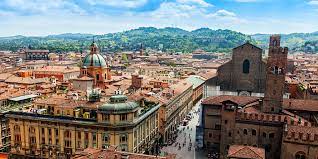 The department of archeology at the college of arts hosted recently Prof. Dr. Nicolo Marchetti, an expert from the University of Bologna, Italy and head of the department of ancient near east archaeology and art history to give a lecture on (The works of the Italian mission in the city of Nineveh), in the presence of the dean of the college, Assist. Prof. Dr. Abdul Halim Rahim, head of department and faculty members.

The lecture aimed to explain the archaeological excavations and the maintenance of Adad Gate in Nineveh that was originally built around 700 B.C. and reconstructed in the 20th century. Dr. Nicolo Marchetti addressed the difficulties the mission faced in removing the concrete blocks left by the terrorist acts of ISIS to destroy antiquities in the area of ​​Tel Nabi Yunus by digging tunnels that led to the destruction of the archaeological layers of the site and parts of the outer wall of the city, in addition to displaying aerial photographs, maps, charts and a short video film about the work of lifting concrete blocks. This lecture comes within the framework of the interest of the University of Bologna and its experts to cooperate with the Iraqi universities and to strengthen cultural relations through joint programs and partnerships with the University of Baghdad in the fields of training, rehabilitation and developing specialized excavation skills of Iraqi professors and scholars.