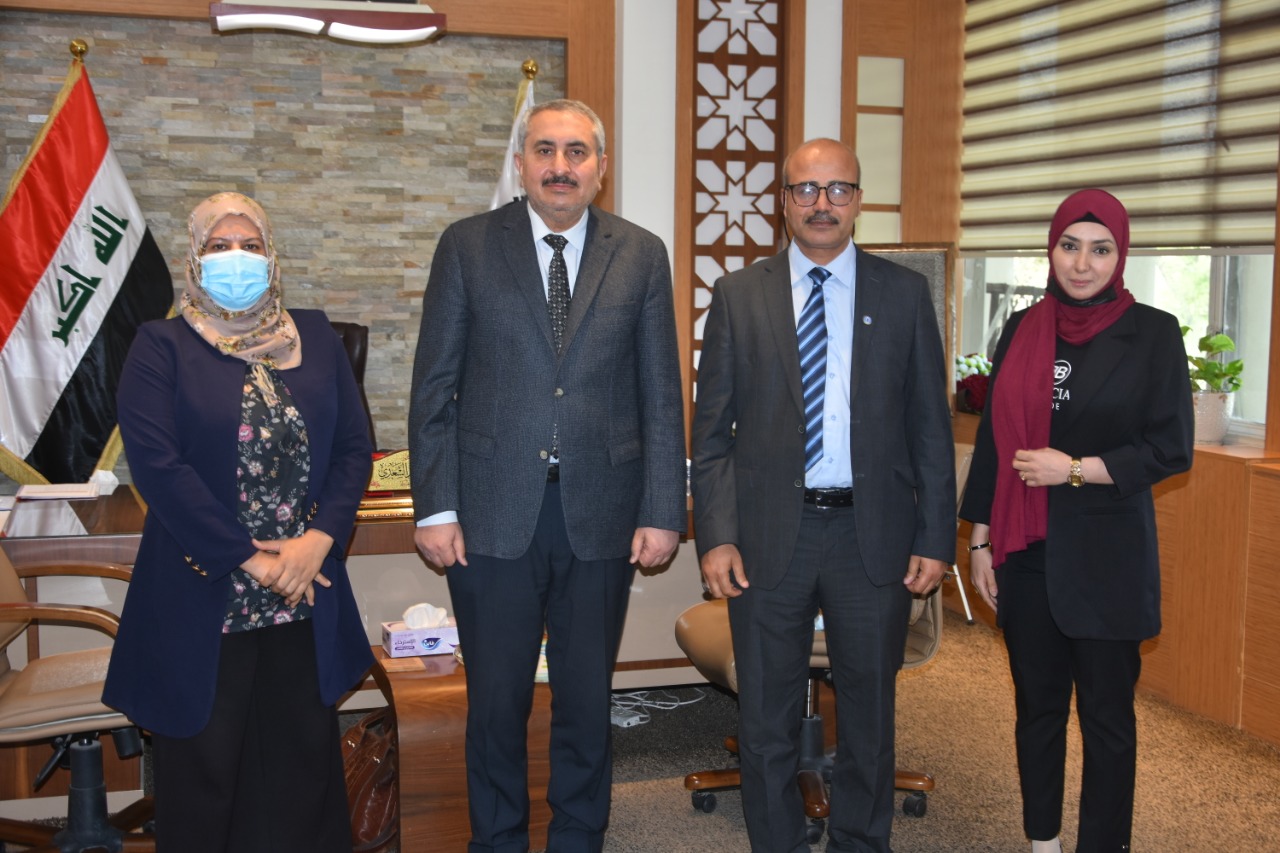 The University of Baghdad has succeeded in cultivation and producing of Ganoderma Lucidum species for the first time in Iraq and the Middle East that was registered globally in the National Center for Biotechnology Information (NCBI) as (RAH-Iraq No. MN888753). Prof. Dr. Munir Hamid al-Saadi, rector of the University of Baghdad met the research team headed by the master’s student Huda Mohammed to congratulate them and to keep abreast of this new distinguished scientific achievement.

The researchers confirmed the significance of this fungus in the treatment of cancers as well as in strengthening the human immune system, adding that it was produced via an advanced qualitative method and in an appropriate cost. It is worth mentioning that Ganoderma lucidum is a foodable fungus that is regarded as one of the best medicinal mushrooms for its nutritional importance due to its proteins, carbohydrates, amino acids, vitamins, minerals and fiber in addition to other therapeutic qualities.